Every 19 September is International Talk Like a Pirate Day and we thought we’d celebrate with some pirate tales, history and facts. We aren’t just looking at the golden age of piracy though - we take our time machine to see how Julius Caesar handles being captured by pirates and tell the tale of Eustace the Black Monk. Anton uncovers various pirate facts and rights some wrongs in how we view them and teaches me some pirate lingo! So let’s hoist our sails and journey together once more.

In the 1200s the name Eustaces ‘was enough to strike terror into the hearts of Channel seamen’. He had a very interesting life and tales formed around him, many of them dark.

No one would believe the marvels he accomplished, nor those which happened to him many times.

He was a medieval pirate, monk and necromancer who spread fear through the English channel fighting for both England and France. But before his naval career he trained as a knight, spent time in Spain and according to The Romance of Eustace the Monk his power in the dark arts had no match anywhere in France. An interesting, colourful and lesser known character from medieval times it’s hard to know where myth ends and fact begins. 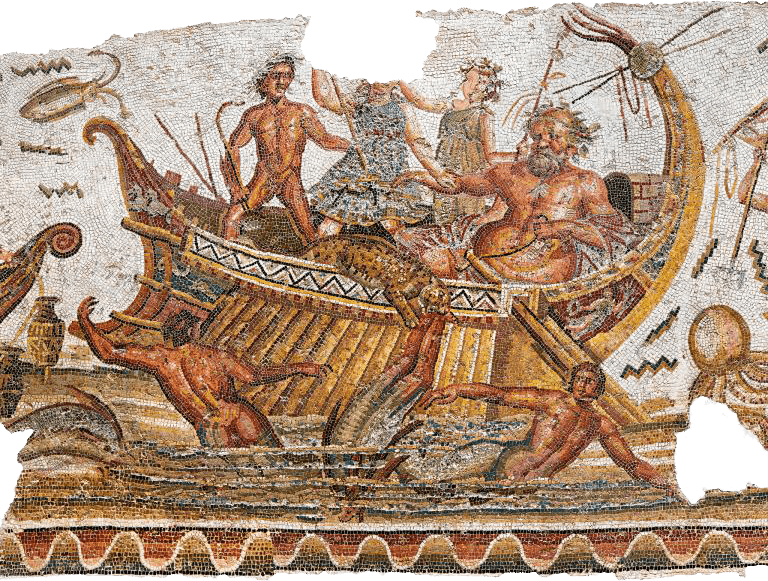 What happens when pirates capture Caesar?

Julius Caesar is truly one of the great people from history but aged just 25 he was captured by Cilician pirates. Never one to miss an opportunity, rather than plead for release, he actually asked them to increase his ransom! After 38 days it was paid and he was released and set out for revenge...

Arrrr me hearties! Come learn how ti speak like arr pirate. And whilst ye at it let us put some facts straight.

Anton teaches us some pirate lingo courtesy of International talk Like a Pirate day (they have many more words on their website).

Did you know many pirates voted for their captain and had a help system? And don’t go buying treasure maps, listen to find out why.

International Talk Like A Pirate Day
Arrrrr! Talk like a pirate — or prepare to be boarded
When Not Treasure Hunting, Pirates Practiced Democracy
Democracy on the High Seas: How Pirates Rocked the Vote
Pirate Democracy
The Quick 10: 10 Pirate Myths and Surprises