On 28 June 1940 the sound of German aircraft filled the skies over the Channel Islands, they were followed by the whistle of bombs and the crack of explosions. The islands had been demilitarised but a row of trucks on quay of St Peter Port's harbour were mistake for military vehicles and destroyed - red liquid spilling from them, their cargo of tomatoes symbolic of the 34 civilians killed in the attack.

This episode Anton and I remember the the German occupation of the Channel Islands during WW2. The only part of the British Isles to fall under German rule during the war they were important propaganda tools with Hitler order on 10 October 1941 to ‘convert them into an impregnable fortress’. 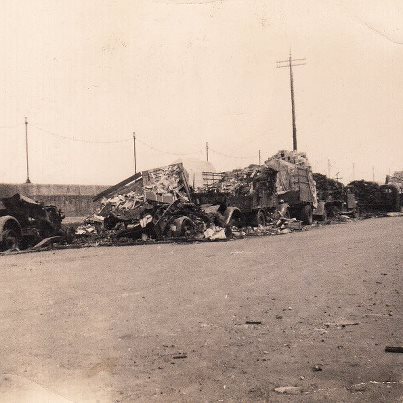 We look at events during the first days of the invasion then the massive investment in bunkers and fortifications that still adorn the coastline today. In Guernsey alone the Germans laid 118 minefields and throughout the Channel Islands 244,000 m³ of rock were excavated. The entirety of the rest of the Atlantic Wall, running from Norway to France, had only 255,000m³ of rock excavated.

And our dear Channel Islands are also to be freed today.

Festung Guernsey is an initiative to make available to the public, visiting historic societies and academics examples of the most important fortifications built in Guernsey by the German occupying forces between 1940-45.